In my Introduction to Sociology courses, students learn about the levels of society and how these all fit together to comprise what we call the social structure.  I sometimes talk about these as boxes that fit or nest into ever larger ones.  We can start with individuals, the smallest box, but it is the following boxes, where individuals are grouped together, that interest most sociologists.  These are the boxes containing small interpersonal family or friendship groups, and medium ones filled with larger groupings of individuals, like student bodies or employees, and bigger ones with more formalized groups that we call social organizations, such as schools or companies.  Then we have bigger boxes we might call social institutions into which those organizations are grouped, and that we might describe as school systems, or economies, and so on.  These all fit into the biggest box, the one containing all the cultural elements and the structure of a society, and give all of the members therein a shared social identity.  Society is thus the biggest box.


Last week I had an a-ha moment about an even bigger social box.  I was in Florence, IT, listening to the keynote speech at a European-organized international education conference, about the new Erasmus for All educational and training program planned by the European Union to begin in 2014.  Simultaneously, one of my sons was in Prague, CZ, participating in a European Union-sponsored school exchange program which will eventually be subsumed into this new overarching program.  (I previewed the Comenius school exchange in an earlier post, see Ponts, Feb. 2013.  Here's more about the conference and my paper: Creating Excitement...in Florence, IT, June 2013).  I suddenly realized how interesting this was to be hearing about and participating in closely-coordinated and funded educational activities on a supra-societal level, and I wondered where my U.S. students would place the EU in the nesting box schema above.  For Europeans living in EU member-states, they transcend their own national-social structures and the identities that go with them every day, as they reach into their wallets and pay for something with Euros.  In sharing a currency, that thing that all societies need in order to exchange for goods and services, these people share some important social markers, at the very least, an economic identity.  They are part of their own national box but also fit into a bigger social box that we might call Europa.  Clearly though, the bigger the box, the more complex the social interactions and identities therein.  For example, for his class trip, my son needed Czech currency and not Euros because the Czech Republic is not part of the EU currency union yet is a EU member-state.  And if we look at education as it is being coordinated on the European level, sharing educational ideas, training efforts, philosophies, and resources (the budget for Erasmus for All is 19 billion Euros over 7 years, according to the keynote speaker, Lorenza Venturi) both unites and complicates the social identities of the members.  Sharing a currency is one thing, sharing education is yet another, because education is that essential social tool through which we create and pass down knowledge, values, and norms--all those tangible and intangible pieces of culture.  Individual member-states have their own educational cultures yet through European 'cooperation', a pan-European educational culture is also being created, and with that, a distinctive social identity.  The features of this identity are still evolving, as every member-state and the members therein want to weigh in; see how secular and religious ideas compete for influence in "A More Secular Europe Divided by the Cross" by Andrew Higgins, June 17, 2013, The New York Times.  The situation is different in the U.S., even with our 50 states and their own educational systems, perhaps because the cultural and institutional pieces are quite similar and they all easily fit into a bigger social box called the U.S., and where the knowledge and culture that is being created and disseminated, whether in Washington state or Georgia, has a distinctive American character.  (And this character influences teaching and presentation styles too, which I could not help but note as I heard presenters from the U.S., England, Quebec, the Netherlands, South Africa, Taiwan, and Japan.)  What I'm becoming more and more aware of, particularly through the educational channel, is a transcendent European social identity, that stems from a supra-national entity we call the European Union.  If I think about it in terms of nested boxes, this is a pretty big box, with a fairly loose lid, that currently contains 27 other sets of boxes (or social structures). 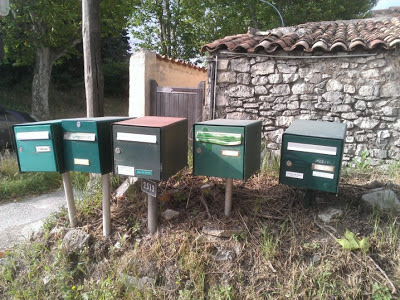