We live in a time where we disclose a great deal about ourselves in public spaces such as on social media. We tell each other what we had for breakfast, how many miles we've run and our route, how our children are doing, and what we think about particular news stories.   Sometimes we reveal too much, as I had to remind a student recently who forgot to filter his information as he recounted his day of privilege and oppression for an assignment.  The presentation of self matters: you never know who is going to see what you put out there online.  Will it be a future employer?  Someone you care about?  Manage those impressions and avoid TMI! (Too much information!)

The student's ability to filter appropriately may be influenced by this time in which he is coming of age, but it is also affected by his youth.  The ability to filter or to selectively disclose is something we learn from experience.  I noticed author Sherman Alexie doing this skillfully at his talk at Cascadia College yesterday.  He draws heavily from his life experience in his writing and speaking, but the moments that he describes are embellished, fictionalized, drawn out, to make bigger points. Yesterday's story about the cherry red lip gloss and young love felt very personal, very revealing, but Alexie was really talking about complicated social identities, about race and poverty, about being an immigrant to the culture.  His first love wasn't really named Lori, (and she may not have even been his first love), but the messages intertwined in his re-telling were real, honest, and sometimes painfully so.  The story is how he gets to the points he wants to make or offer.

Sometimes, the problem isn't filtering but unraveling and finding information.  Despite the ubiquity of social media, there are times when the big picture and the grand conclusions are not completely knowable, and it is the journey along the way that grabs us.  I picked up a book recently in which this is exactly what happened, where the author's meticulous research process was part of the story, perhaps the more revealing part, because it shows us that we can dig and dig for information, but sometimes we can't get to the very bottom of a story.  In this case, time and place and context complicate our ability to know about a life, especially one that was so carefully guarded, at a time when documents were on paper and easily lost or destroyed.  In Priscilla: The Hidden Life of an Englishwoman in Wartime France, writer Nicholas Shakespeare sets out to discover what really happened to his aunt,  a fairly ordinary, if beautiful, woman stuck in France during the Occupation, (New York Times review here).  By the end, we don't know exactly what happened to his aunt.  Talk about impression management! Priscilla was discreet, she was the master of what the French call les non-dits (the unsaid things).  We do have tantalizing details of what may have happened and we have a story about research discoveries, detours, and dead-ends.  (It's reminiscent of the metawriting in The Immortal Life of Henrietta Lacks where author Rebecca Skloot also reflects on her research processes.)  In the case of aunt Priscilla, there's no great spoiler alert necessary for what happened to her--the story is as fully realized as it will ever be. 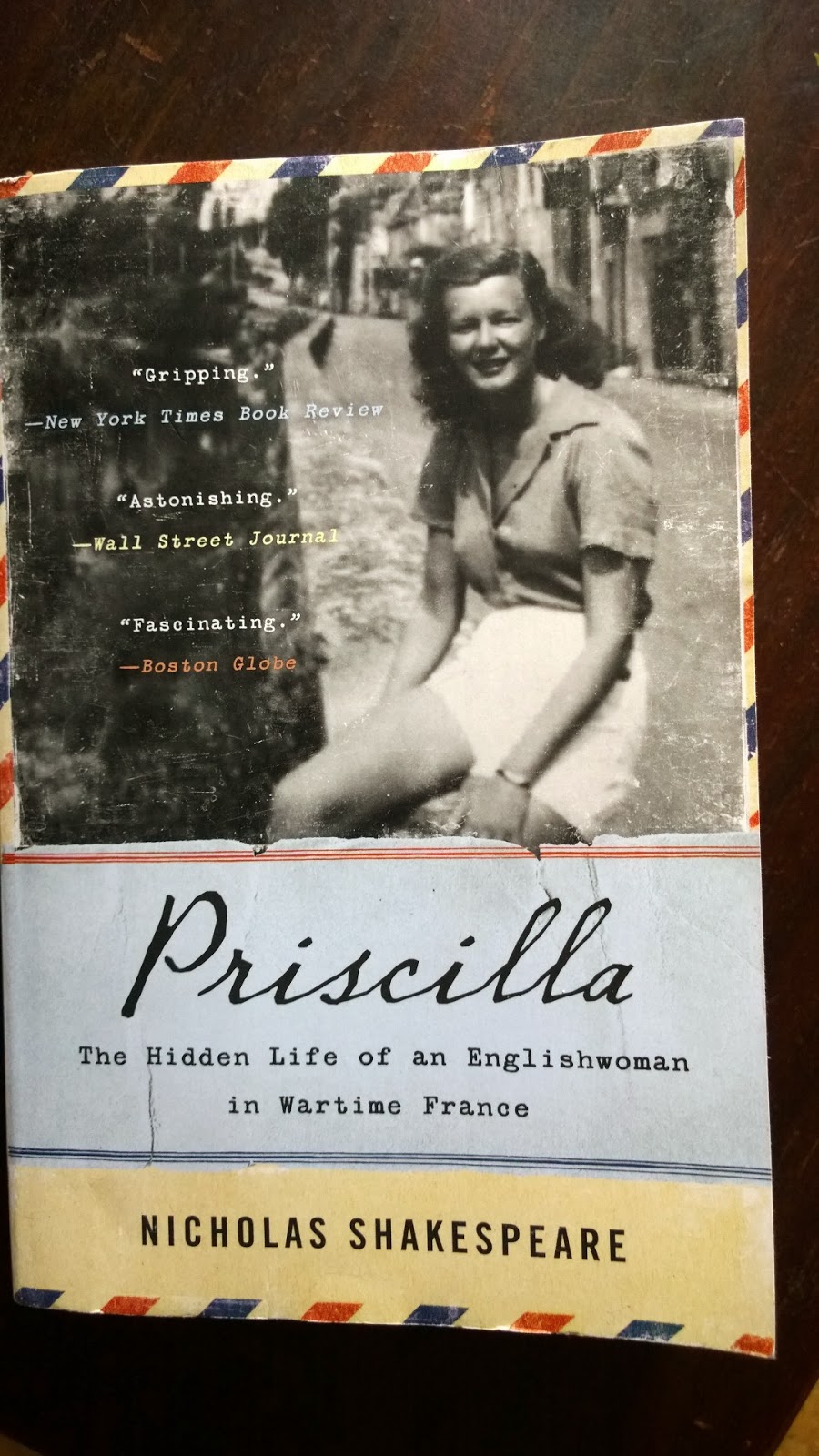 Will the story recounted in the podcast Serial that I've just started be similarly ambiguous, or will it come with a tidy ending, with the full story and details?  Already, the difficulty with reconstructing events that happened not quite two decades earlier, but before many of us had Internet profiles and facebook feeds, has grabbed my attention.  I know I can go find the spoilers on the Internet for this one, but sometimes the story along the way is as interesting as the discoveries at the end.
Posted by Anne Tuominen on Tuesday, April 28, 2015 No comments: