The U.S. academic and mainstream presses have been highlighting the significant social class differences in how Americans experience family life, and the distinctive outcomes that such experiences bring.  What we are seeing is twofold.  The middle is falling out of the middle class, in that the median income of the middle class is falling and the middle class share of the nation's wealth is declining (PEW Research, August 2012. "[video] Lost Decade of the Middle Class." Social and Demographic Trends).  As the the middle thins out, we are noting increasingly disparate family patterns at each end, in terms of coupling, childrearing, and life chances.  Families in the upper middle class and above are increasingly more likely to be led by married couples, and these families contain children who receive a great deal of attention and enrichment in their lives, thanks to the opportunities afforded by two incomes and the presence of two educated adults.  Families on the lower end of the social class spectrum, those slipping out of that shrinking middle section and below, are increasingly much less likely to consist of two parent households or to be created out of marriage, and the parents in such families are less well-educated, work in relatively unstable and low-paying service occupations, and struggle to offer children adequate educations let alone the chances to develop themselves in other ways.  A particularly poignant portrait of this is provided in Jason DeParle's article from this past summer (July 14, 2012, "Two Classes, Divided by 'I do'." The New York Times.).  The article collection that I use for my sociology of family courses (Public and Private Families A Reader, 7th edition, edited by Andrew Cherlin, 2013) reflects this shift as well, as there is a recurrent focus on the social class divide in family experience in many of the articles in the newest edition. 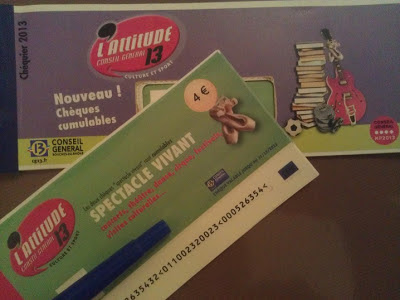 In France, distinctive family patterns by class are not immediately obvious.  People generally seem to dress well and eat well here, and la vie familiale (family life) seems relatively similar across social class.  Sure, there is a high divorce rate here too, and unmarried childbearing is not uncommon, but it occurs at the top and bottom (witness France's president!), and families with children, of all class backgrounds and parental structures, can and do receive broad financial support in France in the form of educational, food and other kinds of public subsidies (not to mention tax breaks for having kids in school).  This modulates the living standards and to some extent, life chances, giving a more uniform experience across the social classes.  Even children of single mothers or parents with relatively low-paying jobs seem able to outfit themselves in the latest skater gear, and  participate in extracurricular activities, purchase books, and may go on to public university (if they complete their compulsory educations, a spot is guaranteed), something we simply don't see across the board for U.S. children.  In our own experience here, we note that the soccer club fees we pay in France for one adolescent son are barely 10% of what we paid in Seattle, and the département (administrative region) in which we live provides booklets of vouchers for every middle school child which further reduce sports participation fees and the prices of tickets to movies or cultural performances (pictured above).  And then there is that high-quality, centralized public school system that most French schoolchildren attend, complete with a substantial four-course meal (the price of which can also be reduced), in contrast to the U.S. where school quality and school food vary greatly by state and community, further accentuating any class disadvantages that already exist.

Yet, the French middle has also hollowed out a bit (see short video The Globe and Mail, Feb. 22, 2012, "Tough Choices for France's Middle Class"), and the 'social elevator' that was powered by earlier, more generous social programs and that created the attendant social leveling of the previous decades has slowed down during the current period of economic stagnation in France and elsewhere in Europe.  Will distinctive class patterns and outcomes become more evident among French families as a result?  The data will tell.  On the other hand, there are probably greater distinctions among French families than I can recognize, struggling as I am as a foreigner to read the social cues and understand the conversations around me.  I do sense the surprise of local acquaintances when we mention a recent trip to Paris, or the gently raised eyebrows of the staff when I pay our children's sport fees in full and before the deadline.  And I still think back to that conversation with my former driving school teacher during one of her cigarette breaks (I mentioned this also in a post last summer, Je ne sais quo ) when she emphatically pointed out the rigidity of the French class system, the fact that someone of the French lawyer 'class' would have virtually no reason ever to socially interact with or speak to someone like her.  By extension then, I have to suspect that as her children experience life from a similar social position and under challenging economic conditions to boot, class privilege and oppression will play an ever greater role in France too, in accentuating existing social patterns and determining family and personal outcomes.
Posted by Anne Tuominen on Thursday, January 31, 2013