Growing up, the only kind of cake in my home was homemade cake, made completely from scratch, as we say.  Cake mixes were something very exotic, very American to our immigrant eyes, and my mother never bought them.  My sisters and I were avid bakers as children, and we wished we could make a 'box cake' once in a while, like those brightly colorful confetti cakes served at our friends' birthday parties or those teeth-chatteringly sweet cupcakes that quickly sold out at the school bake sales.  I suppose we were a little like the son of one of my adult students who frequently complained to his mother that there was never anything good to eat in the pantry because all they had there were INGREDIENTS.  My sisters and I quickly learned though that our pantry ingredients made much better cakes than those composed out of boxes containing industrial blends of odd-sounding ingredients, flavorings, and colors.

When I got married years later, the sad truth is that my wedding cake was a box cake, made by a local woman in my small hometown community.  We had had to outsource the making of the wedding cake because my family was already making all of the other wedding food and we simply didn't have the time or experience with making wedding cakes.  I remember that the cake was a spice cake, in three tiers, decorated simply with white frosting and fresh pink flowers. The cake tasted fine, but it was not at all in the same league as the cake that a Norwegian family friend generously made as a contribution to our sweets table, full of luscious, light cream.  I only managed to get a small bite, but to me, that was a real cake!

Recently, I attended a wedding where I noticed that the wedding cake looked very much like mine had 20 years earlier, with its simple design: white frosting, several tiers, and fresh flowers.  After dinner, the bride and groom did the customary cake cutting and tasting, and then the wedding party and guests moved on to the dance floor.  A little while later I wondered why the rest of the cake hadn't been cut up and served, yet guests were appearing with pieces of cake on plates.  I made some joke about the fake wedding cake that turned out not to be a joke at all.  That beautifully simple multi-tiered cake was indeed a fake cake.  The only cake there was the small slice at the bottom, for the cake cutting, and the top tier, destined for the newlyweds' freezer.  The middle and bottom were frosted something--cardboard, styrofoam?  The real cakes were two sheet cakes being served up in the other room.  I learned later that this is one way that wedding cake is done these days; it's a much more economical way to serve wedding cake, particularly when the guest lists are large, and often allows a better quality cake to served.  Who knew!?

And, where's the sociology in all of this talk about having cake and eating it too?  It's a bit trite, but it's like the cakes in the French pastry shop vitrines that my sons and I were choosing between for our Sunday afternoon coffees last year: the prettiest ones were rarely the most satisfying or best tasting ones.  It's not just the presentation, but the ingredients that matter.  This is related to a core lesson in the Social inequality course that I am revising right now for this fall: we should be careful when forming impressions of others. It's easy to stereotype based on people's visible social markers, like their age, gender, social class position, or their immigrant status.  It's harder, but often ultimately more revealing, when we delve a little deeper, to see what's really there, influencing people's circumstances, choices, and opportunities. 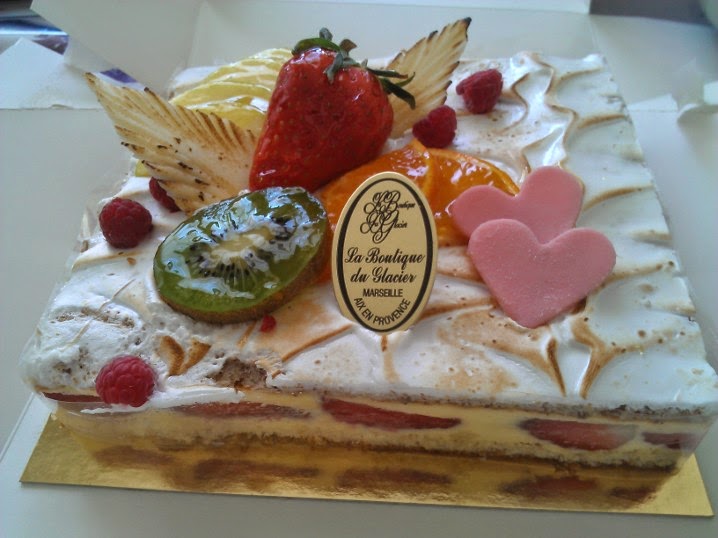