In just about two weeks, the impressive holiday lights will be illuminated as they are each year on the main boulevard in Aix en Provence (see Le Shopping Dec. 2011 for a photo of these lights from two years ago). The French seem to really like night-time lighting; Paris' Hotel de Ville comes to mind, and well-lit Lyon has a special fête des lumières (festival of lights) in early December.  The energy costs must be pretty significant for these lighting displays especially during the winter heating season when energy loads are already heavy.  I haven't been here long enough to note any significant grumbling about the prodigious use of energy in this way, but it may be that French value the visual pleasure more than they worry about the cost.  Electricity in France is on the inexpensive side and most of it is generated through l'énergie nucléaire (nuclear energy); France is even able to export electricity abroad because of the relatively low cost of generating it (the nuclear energy infrastructure has been in place for decades, see the map and article here, "Nuclear power in France" by the World Nuclear Association, updated Sept. 2013). 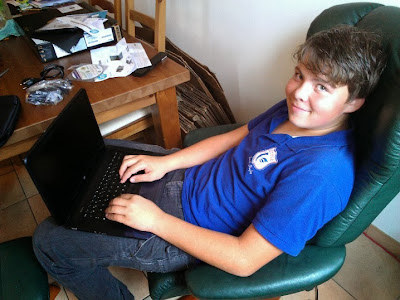 So, for the past few years the electricity used by my family to power our various laptops and charge our electronic devices has been supplied mostly by nuclear energy.  It's not that nuclear energy isn't common in the U.S., (the U.S. is the largest producer of nuclear power, see"Nuclear power in the USA," by the World Nuclear Association, updated Oct. 2013), but most of the electricity produced for our use in Washington state comes from other sources, for better or for worse (see "Washington Electricity Profile 2010" by U.S. Energy Information Administration).  However, this isn't a post about the merits and costs of energy sources (I may be the child of a retired public utility employee, an electrical engineer no less, but I am not really able to evaluate the pros and cons of energy very knowledgeably).  Where nuclear energy comes up for me this week is in my observations about the sociological implications of energy production, especially in relation to social power.

My first observation comes from a disturbing article in Paris Match about how uninformed the residents in the area around Fukushima, Japan, have been about the dangers posed by the radiation leaks resulting from damaged nuclear reactors after the tsunami in 2011 ("Avoir 20 ans à Fukushima" by Alissa Descotes Toyosaki, Paris Match, no. 3363 du 30 Octobre au 6 Novembre 2013).   Amid continued elevated readings of radioactivity, widespread evacuations are actively discouraged (except in limited zones) and the officially acceptable levels of radioactive contamination have been raised then lowered.  The government has focused public attention on other aspects of public safety, such as on the regular testing of schoolchildren for radioactivity (but not publicly providing the results) and the non-contaminated food being brought from southern Japan, and on the promotion of economic redevelopment in the affected area.  The state is maintaining the impression that everything is under control, while a French engineer and founder of the independent nuclear research agency Criirad suggests that one should really be talking about widespread evacuations given the contamination of the soil and the elevated readings throughout the area. Shifting the focus of the public by controlling the information they receive or don't receive shows the power that social institutions and organizations may have and may abuse in their efforts to maintain social order, especially in unstable situations as represented here.  People's perceptions of their safety are being manipulated in ways that may potentially harm them and prevent them from taking action, such as leaving.

A second example is the story of four employees of a French nuclear energy company (the world's largest, mostly government-owned) who escaped a captivity but of a different sort.  They had been captured while employed at a uranium mine owned by AREVA in Niger and held hostage for 3 years by a faction of Islamic extremists.  Here, the pursuit of nuclear energy is related to social power on several levels.  First, there is the presence of multinational corporations doing business in less developed areas, potentially taking advantage of cheaper resources of material and labor to make greater profits but creating resentment among locals or others who are not benefiting from such an arrangement. Underlying that is the more fundamental civilizational conflict between the so-called Christian or even godless West, and Islam.  And then there is the story itself, the details of which are still carefully being guarded, by the French government, or alternatively, spun by the French media. Did the French government pay a ransom even though it has denied it?  What is the nature of a hostage debriefing?  Did a rightist politician really imply the four bearded hostages may have been brainwashed to follow an Islamic extremism like a character on the U.S. television show Homeland?  Even 'official' sources about nuclear energy, such as those that I cited in the previous paragraphs must be considered carefully, as much for the information and the sources that are being presented as for what is not being told.  Whose interests are being represented and promoted?
Posted by Anne Tuominen on Monday, November 04, 2013