[Spoiler alert: This is not a hoax blog post despite the date. :0]

Our server was a little slow to take our lunch orders yesterday and then to inquire about coffee after our meal, and I found myself irritated until I remembered that I had had the opposite problem a few weeks ago when I went out for dinner with my spouse.  After our time in France, we've become accustomed to longer and later restaurant meals and on a recent Saturday, we wanted to enjoy a full late-night dinner in downtown Seattle after attending a performance of the Seattle Symphony (photo below).  We'd always had problems finding good restaurants in Seattle that would serve full meals until midnight even before our French sojourn, but I was delighted to find a Spanish-themed restaurant (Aragona on Union Street) which recently was nominated for a foodie award (see this article by Britt Thorson in Seattle Refined/KOMO News, Feb. 20, 2014) and which conveniently approximates Spanish dining hours (Spaniards seem to eat even later than the French).  We made a reservation for 10:15 pm and were happy to find the restaurant still well-occupied by Seattleites, even if we were definitely the last ones to order dessert, a lovely flan.  Unfortunately, we had to rush through that last bit because our meal was stretching dangerously close to the time that the parking garage where we had left our car was closing.  It was very disappointing to have our evening curtailed, with the added pressure of paying a sizeable monetary penalty if we missed the midnight garage closure.  This was something we never had to worry about in Aix en Provence; the numerous parking garages circling the city never closed (except for the fermeture exceptionnelle for maintenance once in a very great while).   On the other hand, the shops closed in Aix sometimes in the middle of the day, just like they do in Spain. 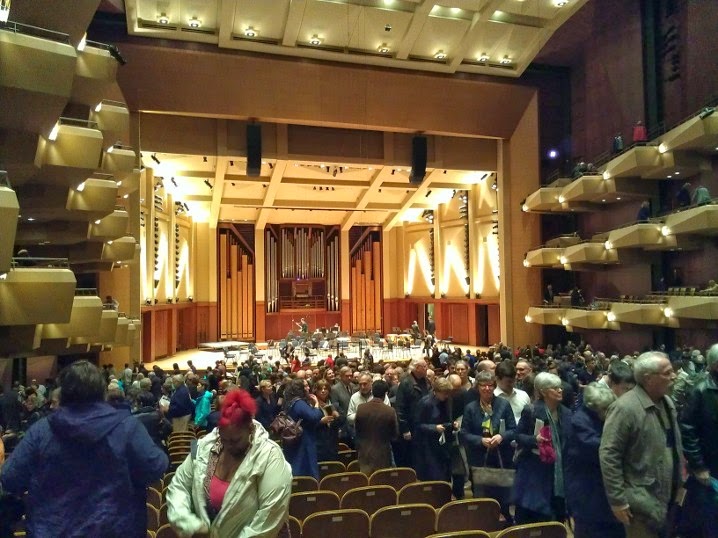 The different cultural concepts of time have been well-documented in all kinds of literature.  Recently, a New York Times article reported on some revisited ideas in Spain of adapting to more northerly business hours (see "Spain, land of 10 p.m. dinners, asks if it's time to reset clock" by Tim Yardley, The New York Times, Feb. 17, 2014).  As the article reaffirms, time is clearly a cultural construct, and changing how time is used alters all kinds of cultural meanings and expressions.  That famous siesta in the middle of the afternoon for example continues to be a ritual for many Spaniards, and we thought it made a lot of sense because during the hot Aixois summers we ourselves were forced indoors into our darkened apartment to get through the hottest hours.  But that was possible because I worked at home.  My spouse on the other hand sat in an office all day, like many working adults in Spain and France do, so he didn't and they don't have the option to take such a significant snooze in the afternoon.  Workdays also start early enough these days and continue long into the early evenings that serving dinner to families at 10 pm creates problems in the mornings.  In many ways, parts of southern Europe have been tied to these traditional conceptions of time much longer than I expected, but they can change, because the social and cultural conditions change and warrant other adaptations.  Our family is a case in point; now, in the U.S., we still eat late, even on the weeknights, where 8 pm is a regular dining hour.  We enjoy this custom brought from Europe, but we also eat late because long commutes and evening activities make a 6 pm dinner difficult.  Dining at 10 pm though is something we save for the weekends because even that is a bit of a stretch for our family. (And that's no April fools' joke.)
Posted by Anne Tuominen on Tuesday, April 01, 2014